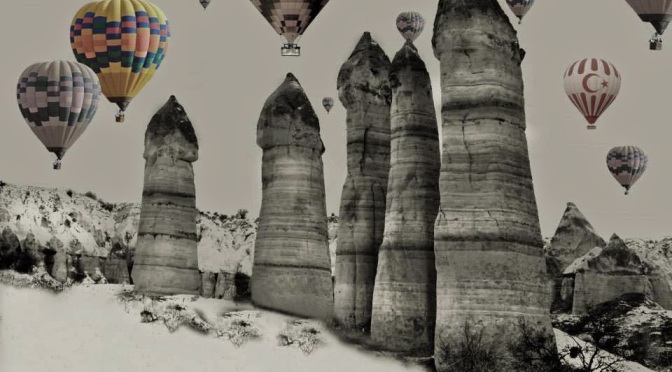 Visitors are flocking to a Turkish tourist attraction which has been dubbed ‘Love Valley’.

The famous region of Cappadocia has seen an influx of tourists travelling by hot air balloon to check out the phallic-shaped pillars, which have been dubbed by some travellers, the ‘c*ck rocks’.

The huge phallic formations may look like a homage to male fertility, but they have been naturally formed by erosion of the volcanic rock. 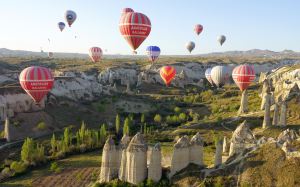 The number of tourists visiting the Cappadocia region reached a record 2,5 million this year, according to tourist officials, who have been monitoring the increasing interest in this area of eastern Anatolia, central Turkey, over recent years.

Although the rocks may make people smirk, they are simply the result of ancient volcanic eruptions, approximately 9 to 3 million years ago during the late Miocene to Pliocene epochs, which covered the region with thick ash that solidified into soft rock many metres thick.

Erosion from the wind and water left only its harder elements behind, forming an unusual landscape of cones, pillars, pinnacles, mushrooms, and ‘fairy tale chimneys’, some of which are up to 130 feet (40 metres) high.

One thought on “Love Valley (Baglidere)”

How to in Cappadocia